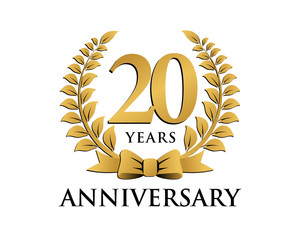 It is usually not possible to know the exact cause of neck pain in the days or weeks after a car accident. We know the muscles and ligaments get strained and are probably inflamed, but they usually heal within six to ten weeks. Pain that lasts longer (than 6-10 weeks) is usually due to deeper problems such as injury to the disc or facet joint, or both.

Facet Joint Pain is the most common cause of chronic neck pain after a car accident.. It may occur alone or along with disc pain. Facet joint pain is usually located to the right or left of the center back of the neck. The area might be tender to the touch, and facet pain may be mistaken for muscle pain. We cannot tell if a facet joint hurts by how it looks on an X-ray or MRI scan. The only (MEDICAL) way to tell if the joint is a cause of pain is to perform an injection called “medial branch block (MBB)”.

Disc Injury can also cause chronic neck pain. The disc allows motion of the neck, but at the same time keeps the neck from moving too much. The outer wall of the disc (called the anulus) can be torn by a whiplash injury. This usually heals, but in some people, the disc does not heal. In that case, it might get weaker and hurts when stressed during normal activities. The pain comes from the nerve endings in the anulus. The disc is the major cause of chronic neck pain in about 25% of patients, and there can be both disc pain and facet pain in some people. Less often, a disc can herniate and push on a nerve. This usually causes more arm pain than neck pain.

Muscle Strain of the neck and upper back can cause acute pain. However, there is no evidence that neck muscles are a primary cause of chronic neck pain, although muscles can hurt if they are working too hard to protect injured discs, joints, or the nerves of the neck or there is something else wrong that sustains the muscle pain, such as poor posture and work habits.

Spinal nerves and the spinal cord can be compressed by a herniated disc or bone spur. This usually causes arm pain, but there can also be neck pain.

What are the Symptoms?

What are the symptoms of whiplash and WAD?

Thanks to the North American Spine Society for the use of this material.
Don’t wait if you are in pain. Call your Keller TX Chiropractic Office, Keller Spine at 817-798-4226.